Human history is full of tragedies. Long ages of slavery under the Morkhs and the bloody war for our freedom, and the total absence of authority thereafter. It would seem that once the slavery is overthrown, the terrible enemy is crushed, life should improve, but …

When has it begun? We don’t know exactly. They say it began after a few centuries of prosperity, when the mankind’s memory of the slavery and war against the Morkhs began to fade. However, I won’t go into that war now for it’s a tragic, but no longer relevant history. I’d rather tell you about the events of the last years – this way you’ll have a better idea of what you have to deal with.

Back then we’ve populated most of the southern part of the continent. We’ve built many large cities and small towns. The science and crafts blossomed. Warholds became mere monuments of the terrible war and victory we paid so dearly for.

However, everything must come to an end, and the golden age of humanity is no exception. The curse of the emperor of Morkhs, like a seed waiting for the right time in every human with magic gift, gave an abundant harvest. Oh no, it didn’t take the form of an instant war or calamity. But every gifted gradually began to lust for power. All of power. Every grain of it there is. That’s when everything turned to dust.

The first and the heaviest blow was the rift in the Order. The Order was a union of people who guided the humanity along the path of light. They did everything to protect the people from the trouble that follow mankind wherever it goes. Skilled warriors, excellent tacticians. In short – everything one would expect from the children of those who came out victorious over the emperor of the Morkhs. But the Order broke up. Part of its war leaders led their armies to the north, into the mountains, where they became guards of the border. Others pledged allegiance to the Fatebringers. That was a terrible mistake. Alas! We understood it when it was already too late.

The Fatebringers. Yes, that how all the mages, whose mind was corrupted by the ancient curse, began to call themselves. Each of them gathered warriors around himself and went to conquer nearby lands. Even the puniest of mages would gather up a gang and turn to theft and murder to satisfy his lust for power. You think it sounds like anarchy? And so it was. But that wasn’t the end of our trouble. We thought things couldn’t possible get any worse. But the time proved us wrong. We merely stumbled at the edge of a cliff then and we still had a long and scary fall ahead of us till we hit the rock bottom.

Our lands became plagues by the cultists. Those possessed people worshipped dark gods and demons. They surrendered their bodies to the control of beings from other planes. They modified themselves to become stronger, faster and fiercer. They held bloody rituals sacrificing humans by hundreds and thousands. The world shuddered and even the Fatebringers stopped their feud and turned their angry gaze upon them. I have no words to describe the slaughter that followed. It took the Fatebringers five long years to root that pest from their lands and fighting between themselves at the same time.

As it turned out afterwards, the cultists haven’t been destroyed completely. Many Fatebringers subjected the cults to their rule and began to practice the summoning rituals. You can’t expect such source of power to be merely destroyed. Soon the possessed became part of the armies. Fierce and merciless fighters with bloodlust burning in their eyes.

Another ten long years the Fatebringers fought each other chasing the ultimate power, until an expedition sent by one of them to the norther found a secret stash of the Morkhs. Besides the battle artifacts, they found records of a method of total domination of any living beings.

Yes, that moment was cursed by many. The war raged on, greater than ever. Several Fatebringers joined together and destroyed the “lucky one”, thus gaining knowledge of the total domination method. Naturally, they were unable to keep it a secret and soon every Fatebringer became capable of creating the puppets, also known as “the bound”, for their armies. They became the eyes, ears and the punishing hands of the Fatebringers. And there is no escape from them even nowadays. There is no task those… beings are unable to fulfill.

That’s when the “School” revealed itself to the world. It trained professional assassins and spies. For centuries it hid in the shadows, waiting for the right moment and finally its time has come. The School had not hesitations taking orders and selling the loyalty of its best students. And the Fatebringers happily took the perfect material for their puppets.

Oh, well, that’s beside the point. There was one other important event which I mustn’t omit. Two events, actually, but most prefer to forget about the second. The experiments of the Fatebringers managed to attract the attention of Gods; or beings of comparable power. That made the Fatebringers even more powerful. They acquired godlike powers in their Warholds.

So, what’s the second event? The beings which came into our world began to change it. The Grove appeared in the west of the continent. And no ordinary Grove it is. All plants, animals and insects in it are intelligent and magically gifted, which makes them an extremely valuable resource for creation of alchemic potions and magical artifacts. And it would be a source of infinite wealth, had the Grove not been guarded by people who call themselves Druids. Ill fate awaits those who dare to encroach upon the treasures of the Grove and falls into a Druid’s hands. Beastly ruthlessness, cunning and total denial of fear – there’s a brief description of a Grove keeper.

However, Gods weren’t the only bringers of change into our world. You must have heard about marauders. They were once common soldiers, but lost their fate and got consumed by their lust of money. They know no better pleasure than to torture their victims and they value nothing above the glimmer of gold. Many of them are already under Marlet’s hand. The armor of those unfortunate is consumed by a curse which turns the good steel into a chitinous carapace of a repugnant flesh-eater.

And this doesn’t even begin to describe the multitude of changes in our world. The Reapers! The silent arms of Death, whose order of soul harvesters serves her fervently. A mere year ago, led by the lust for vengeance and filled with cold rage, they overtook by storm the Warhold Bland. Without a single word they destroyed all defenders one by one, and when the Fatebringer remained alone, they destroyed him too.

Our world is still changing. The future is hidden from the soothsayers’ gaze by a fog which only reveals burning cities and fortresses. 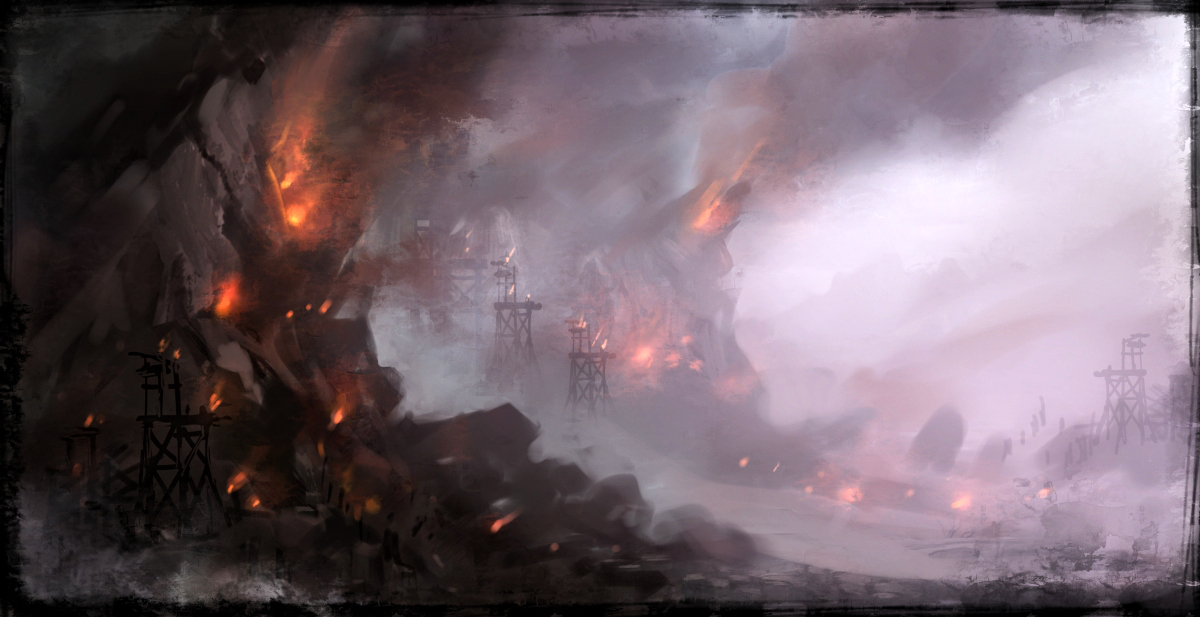